The thymus shapes a host's T-cell repertoire so they do not respond to "self" antigens, yet are able to recognize "non-self" antigen challenges (from pathogens and tumors). T cell participation in these immune responses are dependent on interaction with peptide- and self-MHC. In other words, T cells only recognize the peptides derived from cancers or pathogens if they are embedded in the cleft of self host MHC grooves. Such peptides are processed and presented on the surface of antigen-presenting cells (MHC class I and II in dendritic cells, macrophages, and B cells) or all nucleated cells (MHC class I) allowing T cells to identify infected or cancer cells. Direct detection of such Ag-specific T cells and functional analysis is important for understanding disease immunopathogenesis and the process of drug development. MBL International has had tremendous success in advancing the methodologies to accurately measure antigen-specific T cells.

Learn why IL-18 is an exciting biomarker for various diseases

As described in previous blog posts, our IL-18 related products are used widely among researchers around the world. IL-18 plays an important role in the cytokine network. Abnormal values of IL-18 are seen in various disease areas such as allergy or autoimmune diseases.

In this blog, we discuss two diseases correlated with IL-18. Neither of them are allergy or autoimmune diseases, but very interesting nonetheless.

Interleukin-18 (IL-18) is a member of the IL-1 superfamily and synthesized as an inactive precursor that requires processing by caspase-1 to become an active cytokine. IL-18 plays a major role in the production of interferon-γ (IFN-γ) from T cells and natural killer cells. Refresh your memory by reviewing a couple of previous blog posts. 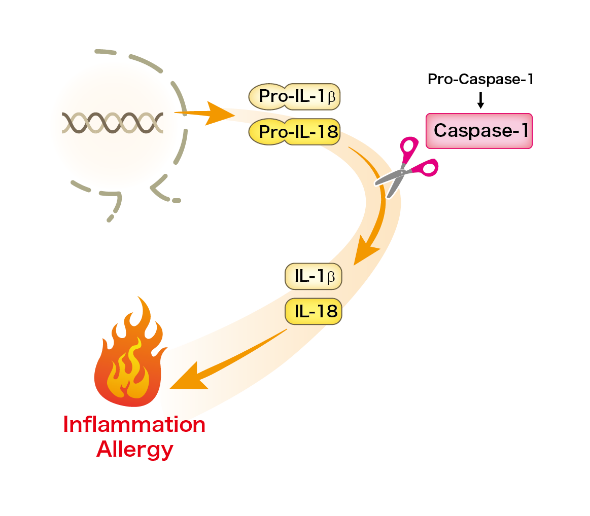 Interleukin-18 (IL-18) is a member of the IL-1 superfamily and synthesized as an inactive precursor requiring processing by caspase-1 into an active cytokine. IL-18 plays a major role in the production of interferon-γ (IFNγ) from T cells and natural killer cells. Refresh your memory by reviewing a couple of previous blog posts.

Antibodies for fluorescent proteins: Will it cross react with my variant? 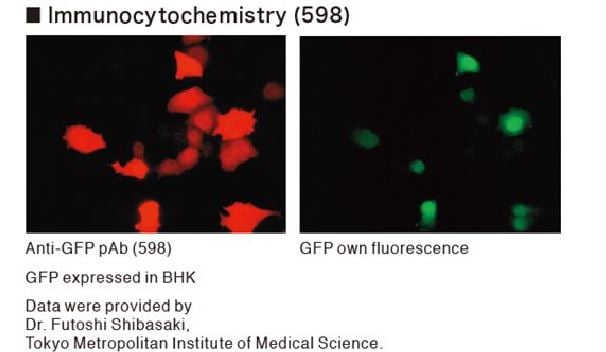 Green fluorescent protein (GFP) was first isolated by Dr. Osamu Shimomura in 1961. Since then, fluorescent protein (FP) technology has made drastic advancements by many researchers. Currently, FP technology is the most popular tool for visualizing target proteins. Dr. Shimomura, Martin Chalfie and Roger Y. Tsien won the 2008 Nobel Prize in Chemistry to mark their great achievements in life science research. 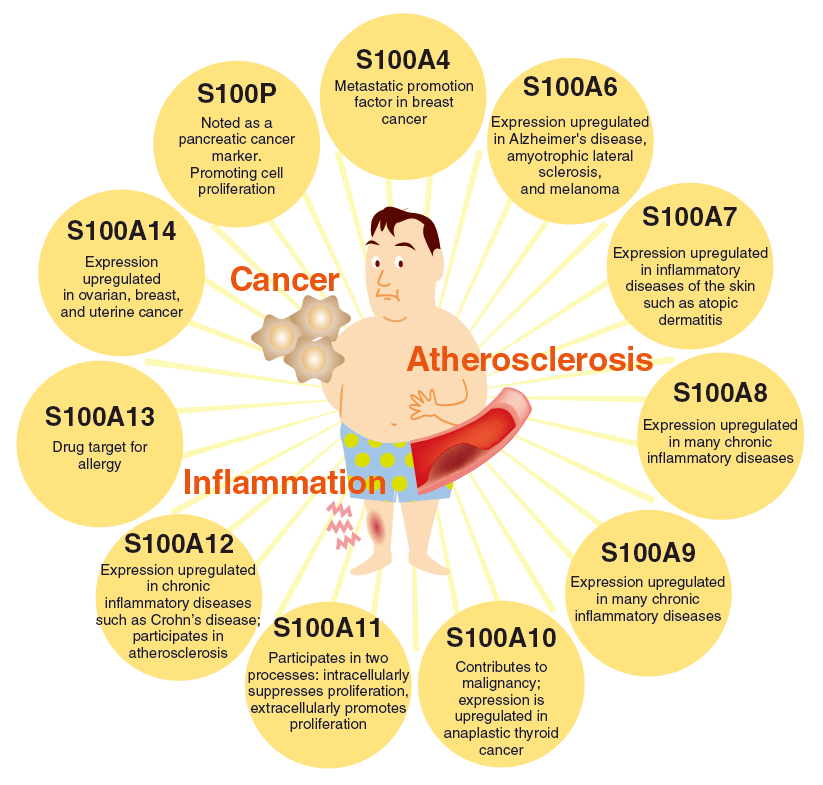 Have you heard of the S100 protein family? S100 refers to proteins that are 100% soluble in saturated ammonium sulfate solution. They were first discovered as a major protein fraction (0.6% of total soluble proteins) isolated from bovine brain by B.W. Moore in 1965.

The ubiquitin-conjugating protein p62/SQSTM1 is thought to be a scaffold protein that interacts with a variety of molecules involved in toll-like receptor (TLR) signaling, such as TRAF6, ERK, and aPKC. Recent evidence suggests that p62 binds directly to the autophagosome marker LC3 and is then selectively degraded by autophagy.

p62 contains multiple phosphorylation sites. Sequential phosphorylation of these sites regulates biological defense mechanisms such as selective autophagy and the Keap1-Nrf2 system. Therefore, the failure of the p62 pathway is associated with various diseases such as cancer and many neurodegenerative diseases. How to choose the right vector for your fluorescent protein needs! MBL’s CoralHue fluorescent product series is composed of many proteins to make your life "brighter"!  We offer expression vectors and cloning vectors. How do you know which vector to use? Learn more about how to choose which vector is right for you.