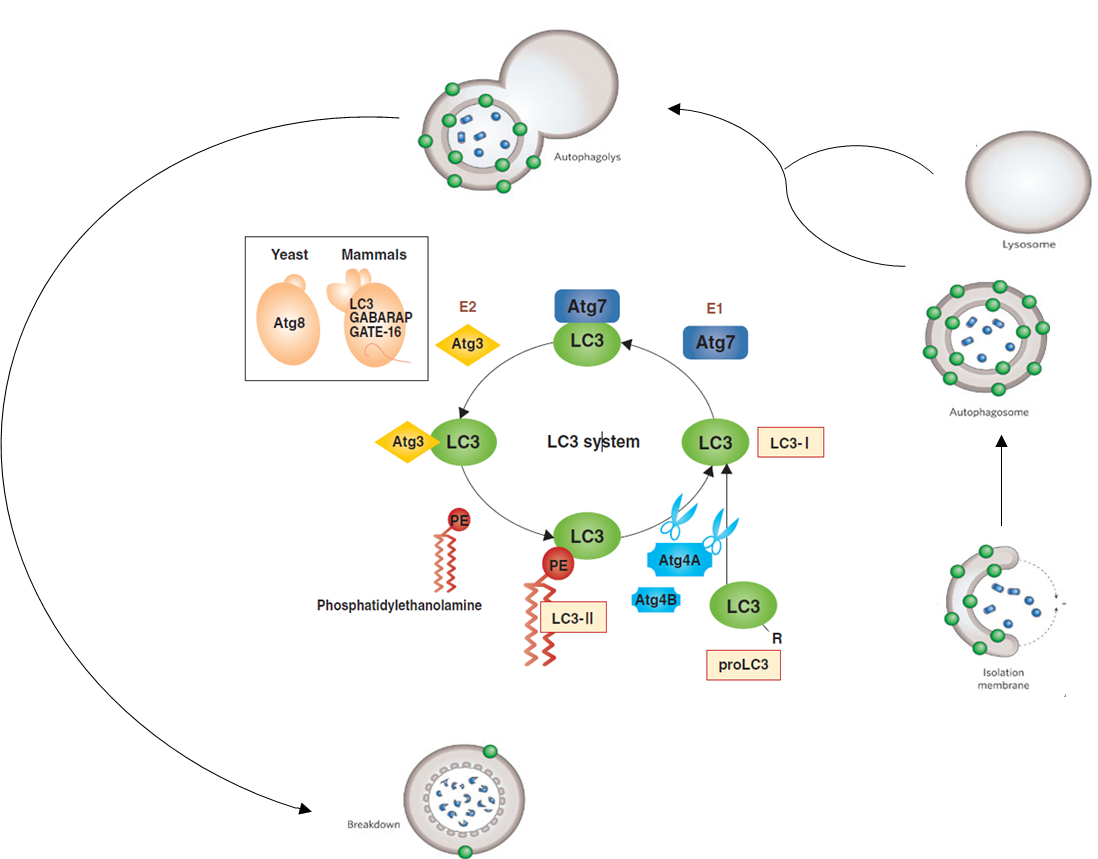 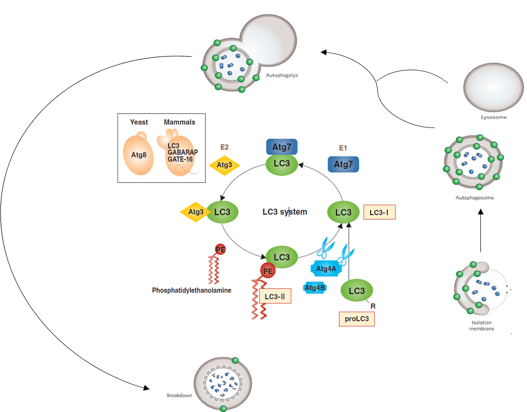 Autophagosomes fuse with lysosomes to form autolysosomes, and intra-autophagosomal components are degraded by lysosomal hydrolases. At the same time, LC3-II in autolysosomal lumen is degraded. Thus, lysosomal turnover of the autophagosomal marker LC3-II reflects starvation-induced autophagic activity, and detecting LC3 by immunoblotting or immunofluorescence has become a reliable method for monitoring autophagy and autophagy-related processes, including autophagic cell death.

Recent studies have demonstrated that mammalian autophagy is involved not only in the starvation response, but also in antigen presentation, cell death, development, aging, tumorigenesis, and in the defense against bacterial infection. Thus, autophagy research will be increasingly important in understanding these processes in the body. In order to determine the levels of autophagy, anti-LC3 antibodies can be used for detection of endogenous LC3-II by immunoblotting, immunoprecipitation, and immunofluorescence.