Figure: Schematic representation of S100 proteins in the MAP kinase and NF-kappaB pathways.

S100 proteins are a family of proteins known for their role in a variety of cellular pathways and diseases. This blog post will catch you up on the latest research on these important proteins. 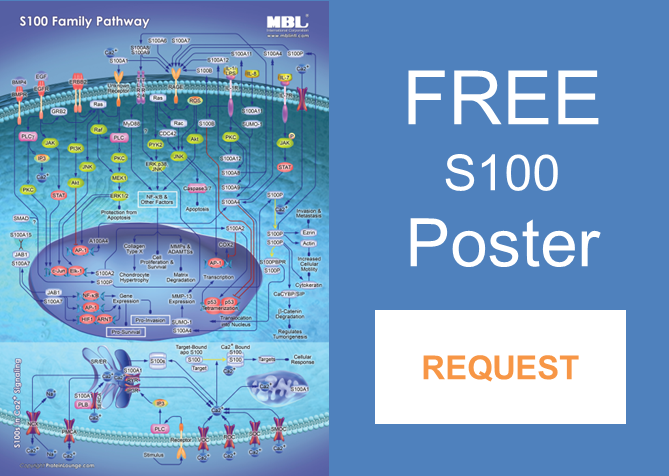 MBL International offers a variety of S100 products to meet your research needs including S100 antibodies and S100 ELISA Kits. With a S100 antibody and a S100 ELISA kit, it'll be easier for you to further explore these fascinating proteins.

Learn why IL-18 is an exciting biomarker for various diseases

Interleukin-18 (IL-18) is a member of the IL-1 superfamily and synthesized as an inactive precursor...
Read More