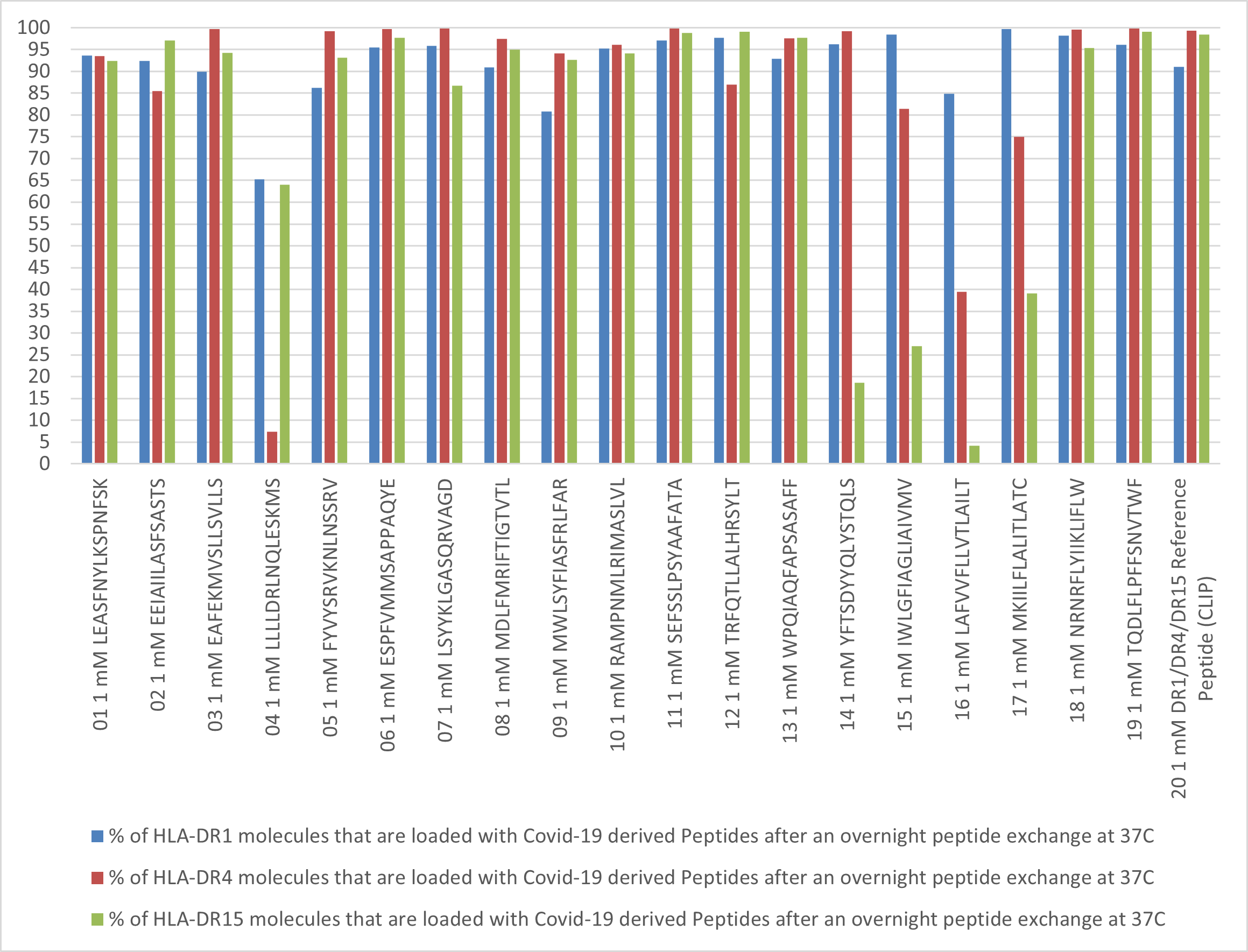 In our previous blog post (How to screen SARS-CoV-2 peptides to facilitate T cell research) we have described how the immune system samples all of the pathogenic proteins by looking at the small fragments of each protein and making a determination on whether that fragment (also referred to as peptide) belongs in the body.

We have utilized the capabilities of our QuickSwitch™ platform to examine the SARS-CoV-2 peptides that can bind to a number of common MHC Class I alleles (Find Human MHC Class I Dominant Peptides) and are thereby likely to be presented to the human immune system. Similar experiments were performed with our soon to be released human MHC Class II QuickSwitch platforms and a number of HLA-DR1, HLA-DR4 and HLA-DR15 MHC Class II specific peptides were identified.

Every human has 3 MHC Class I genes and 3 MHC Class II genes on Chromosome 6 responsible for the production of 3 Class I and 3 Class II molecules that present the pathogenic peptides to the immune system. Since there are 2 copies of each chromosome, a human, can have up to 6 MHC Class I and 6 MHC Class II alleles, provided that there are no duplicates in the genome. In short, MHC Class I molecules stimulate CD8 T cells that are responsible for destroying human cells infected with a pathogen. MHC Class II molecules stimulate CD4 T cells that, among their many other functions, act by helping B cells to activate and produce effective antibodies to fight the target pathogen. A robust response to the SARS-CoV-2 virus would involve the activation of both CD4 and CD8 T cells. But in order for an effective antibody to be produced by the immune system, a CD4 T cell response, and hence an MHC Class II molecule stimulating it, is crucial.

By using the MHC Class II QuickSwitch™ platform we are able to identify some of SARS-CoV-2 virus peptides that can be presented to the immune system. We hope that this result will serve as a head start for researchers trying to study the CD4+ T cell response to the SARS-CoV-2 infection. 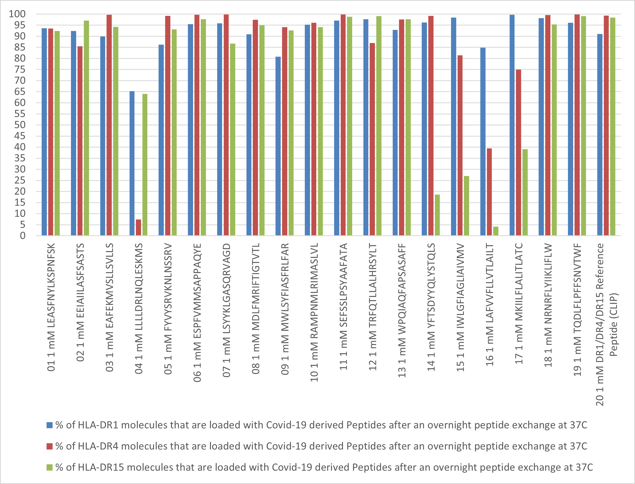